The fair changed the floorplan and it would be kicking in an open door to start complaining. I do like change. I like that people are forced to find new routes in halls. I for instance heard some visitors were really happy that candy, edibles and snack were near the standard design exhibitors. On a more personal note – I think the fair got a bit too small, and slightly boring. Very local.

Anyway, here are my observations from Formex 2019 for this season.

The whole fair felt a bit repetitive. The industry is handling the slow down of retail and many brands looked for the safer aesthetics. Guest of Honour Li Edelkoort made an installation with craft on white background. Something we have already seen… Very few new surprises. But I do like this exhibition much more than last year’s Zandra Rhodes.

Speaking of lack of creativity – yes, I did actually see some exhibitors launching pineapple as news. Really??

At the best you could see some “industrial” tendencies as we saw at Formland. The black, the bauhaus production, a bit colourless.

It’s with this insight I voted this vase by Normann Copenhagen as being my favourite at the fair. Yes, it might look like something a child made a school. But it’s different and it stands out. It has identity.

I would like to point out four themes that can act as trends for interior design.

So yes. A lot of blue. Still pretty free of patterns. Here from Cooee.

Blue details. I think this is Bloomingville.

Blue textiles with tactility and terracotta.

And blue works really well with the other colour trend – terracotta.

The second chapter is about animals. Yes, exotic animals. We have seen it for a while and there is plenty of it. Here at Jakobsdal.

Porcelaine and animals by ByOn.

But lets continue. At Formland we talked about checkered patterns and yes, they are here and square. Here Normann Copenhagen.

Now lets talk about terracotta. Its the new base. You add pink or yellow and it gets a trendy hue, but if you add green or denim it gets more serious. Regardless – terracotta is so common I want to call it terracotta terror.

All these earthy hues are here. Like this jug by Sagaform.

Pillows with fringes by Nordahl.

And a new kind of terrazzo – with terracotta 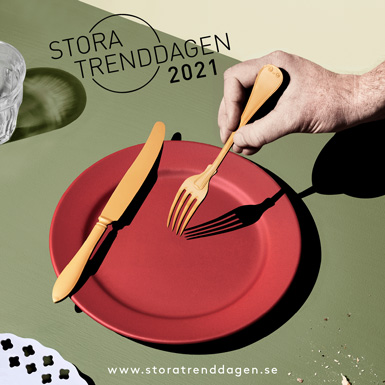